Idun, which lies at the edge of Vasastaden, is one of our most popular buildings. This is partly due to the fact that the Karolinska Institutet is just five minutes’ walk away, and partly due to its proximity to the city centre.

Idun does not have its own house caretaker’s office. You can find your office at our housing area Forum.

The building was inaugurated in 1968 and was acquired by SSSB in 1996. During 2000 two more floors were added, holding 73 new small apartments and storage space. In 2012 and 2013, we have expanded Idun with two new buildings on the existing facade.

The apartments are without furniture.

Please note that there are major road nearby that may cause disturbance.

Adaption for disability
The apartments on the 7th floor were built in year 2000 and are adapted for disability to the extent that you can drive in with an indoor wheelchair and rotate it in the hall and wet room.

Number of floors
The building has 7 floors. Elevator available.

Other
Broadband fee, heating and heating of water is included in the rent. The building has district heating. 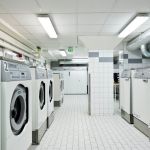 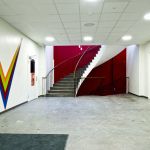 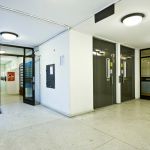 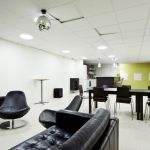 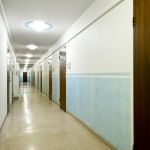 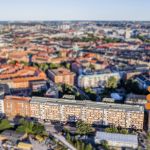 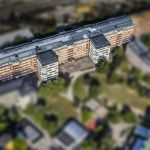