Strix is situated in Huvudsta in Solna, close to lush green countryside and to central Solna and the Karolinska Institutet. There is three houses in the Strix area, with a mixture of student rooms and apartments. One house is built in 1963, with both student rooms, rooms with kitchenette and bigger apartments. There are two new houses, both built in 2017 with one room apartments and two room apartments.

-> The apartments location in the buildning 32 B

-> The apartments location in the buildning 32 C

*) The basic rent (rent excluding broadband, electricity and hot water) differs depending on which floor the apartment is; the higher up in the house, the higher the rent. All rent’s will gradually increase up until August 2019 by agreement with SSF (Stockholm Student Tenants’ Association). From change of year 2019/2020, the rent’s will be subject to the same annual increase as all other SSSB apartments.

.
Equipment in kitchens/kitchenettes
In apartments with kitchenettes or kitchens there is a fridge/freezer and a stove with oven.
The communal kitchens are equipped with fridges/freezers and stoves with oven. Microwave ovens are not included.

Elevator
Yes, there are elevators available at Armégatan 32A-C and 34.

Balcony
The apartments with 3 rooms and kitchen have balconies.

Storage
For booking of storage room on Armégatan 32A and 34, contact Customer Service.

Waste and source sorting
Containers for house hold waste are placed outside the main entrace of Armégatan 32.
Recycling containers are available at Armégatan 32A.

Other
Broadband fee and heating is included in the rent.
Armégatan 32B och 32C has individual heating measurement. 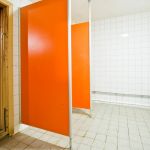 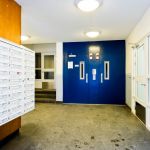 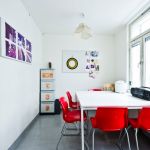 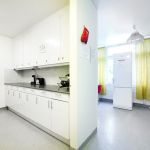 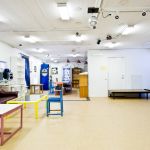 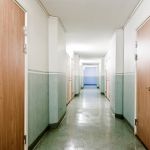 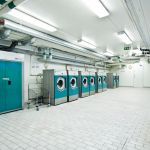 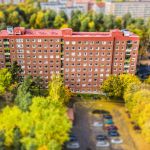 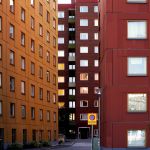 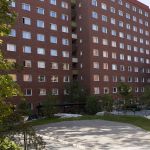 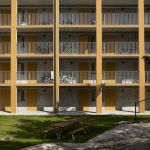 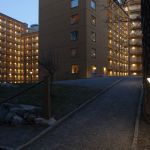 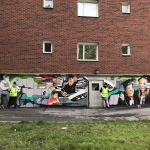 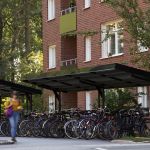 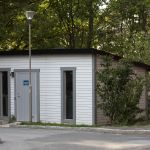 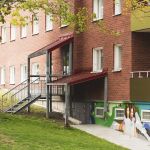