Kurland is centrally located to say the least, being opposite Adolf Fredrik Church and one block from the shopping street of Drottninggatan. Hötorget is just a couple of blocks away, with its market square, 14-screen cinema and a plethora of eateries and shops. If you take a walk in the opposite direction, you’ll come to the Stockholm School of Economics and Stockholm Public Library.

Kurland does not have its own house caretaker’s office. You can find your office at our housing area Forum.

The student rooms are parts of a joint apartment where 4-6 rooms share kitchen, dining room and bathroom.

Tenants on Holländargatan 21B and Kammakargatan 36B 1001 – 1003 need to connect to their own electricity in the apartment.

The apartments at Holländargatan with apartment numbers ending withe -03 and -04 have balconies. At Kammakargatan there are no balconies.

Number of floors
Holländargatan has 6 floors and Kammakargatan 4. Elevators in both buildings. 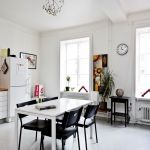 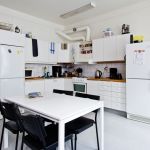 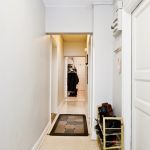 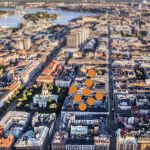 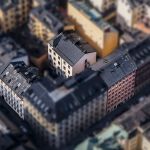