Living in Gamla Stan, the oldest part of Stockholm, is a rare privilege, but thanks to SSSB students can live on Stortorget itself, right by the Royal Palace and Storkyrkan. The building dates back to the Middle Ages, and is one of Stockholm’s historic landmarks. This means, for example, that there is no lift and the building only has natural ventilation.

There are shared apartments, where between four and eight rooms share a kitchen, dining room and WC/shower. No two rooms are the same, and they vary considerably in size. There are also a few apartments in the building.

Lucidor belongs to the House Caretaker’s office in our residential area Forum.
The address of the office is Körsbärsvägen 2, 114 23 Stockholm

Lucidor dates back to the Middle Ages and was reconstructed in 1966 when SSSB acquired the building.

Elevator
No, there is elevator.

Balcony
No, but there is a communal roof terrace.

Laundry room
The laundry room is situated in the basement. 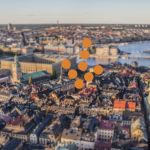 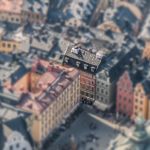 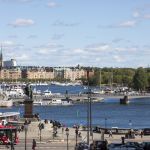